On Saturday, October 8th, Falconize performed as a non-competitive group at the Haunted Harmonies Festival in Salem, MA.  Falconize dressed as various Johnny Depp characters and serenaded the crowds of Salem on one of the busiest weekends of the year to accept donations and sell CDs!

"From Dust" - DHS A Cappella's Debut Album
ON SALE NOW!

Filmed shot, directed, and edited by Olivia VanCampen '15.  Recorded and mixed by The Vocal Company.  Mastered by Vocal Mastering. 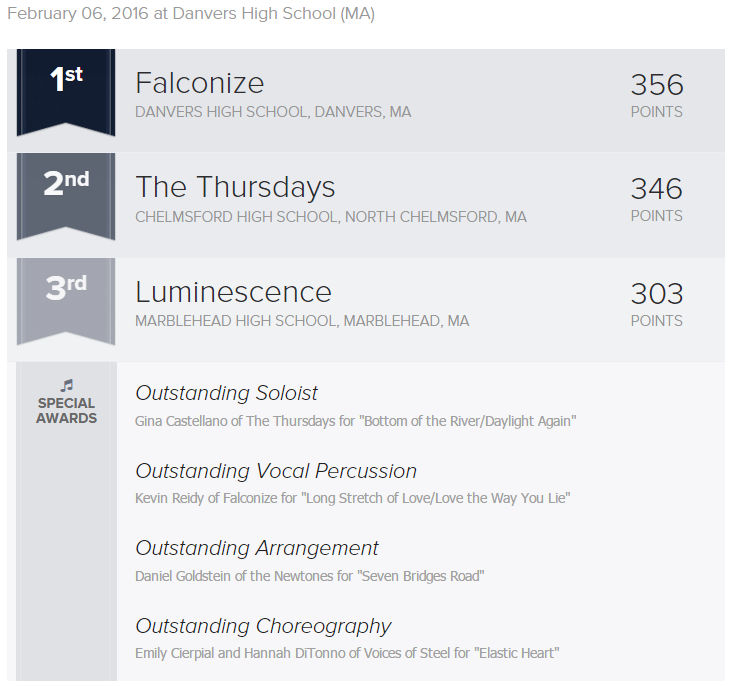 Falconize Off to NYC for ICHSA Finals!
Thanks to DHS for the great send-off! Falconize is excited to perform in New York City!

Falconize at their Pep Rally on Thursday, April 16th Photo by: Olivia VanCampen '15

Falconize Wins ICHSA New England Semi-Final: On to NYC!
On Saturday, February 7th, Falconize placed first at the New England Semi-Final of the International Championship of High School A Cappella (ICHSA).  See the scores below! Falconize also won "Outstanding Choreography" for their entire set.  They will travel to New York City in April for the ICHSA Finals!